Gooey, melty cheese, succulent toppings, and a crispy, buttery crust captured the attention of pizza lovers when Urban Slice opened at Union South. After experiencing astounding success for making these New York style pies for the south side of campus, it was a no-brainer to bring the same recipes and cooking style over to Lakefront on Langdon at Memorial Union for everyone to experience. 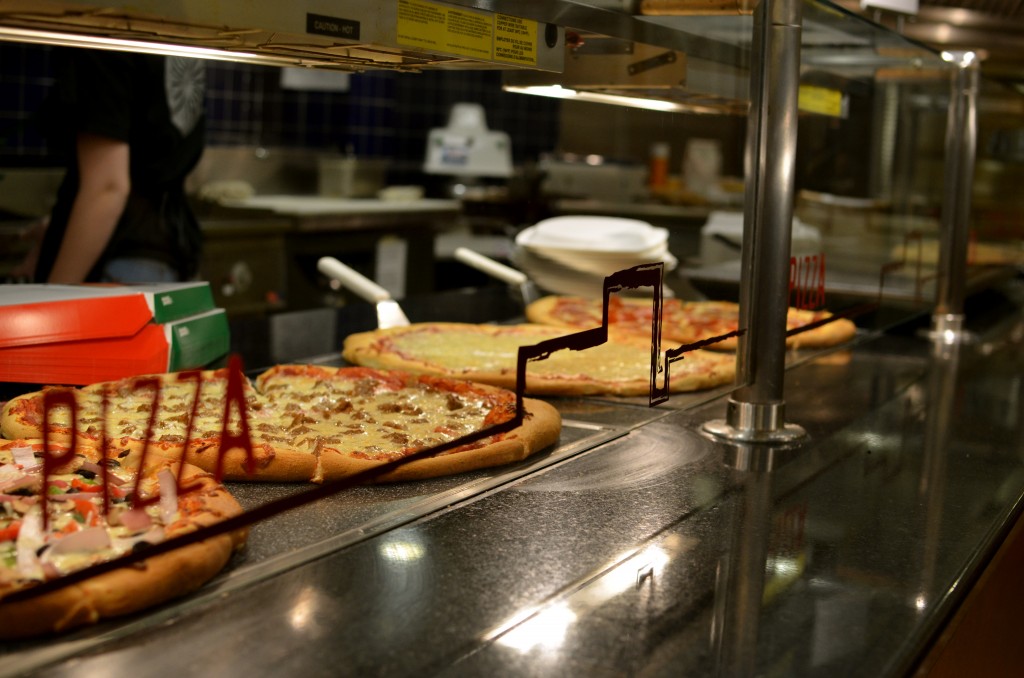 “We decided to open an Urban Slice over here because of its success at Union South,” said Wisconsin Union Restaurant Manager, Jim Long. “It’s higher quality pizza than the pizza that was here originally, and it was a pretty easy move to bring it over.” 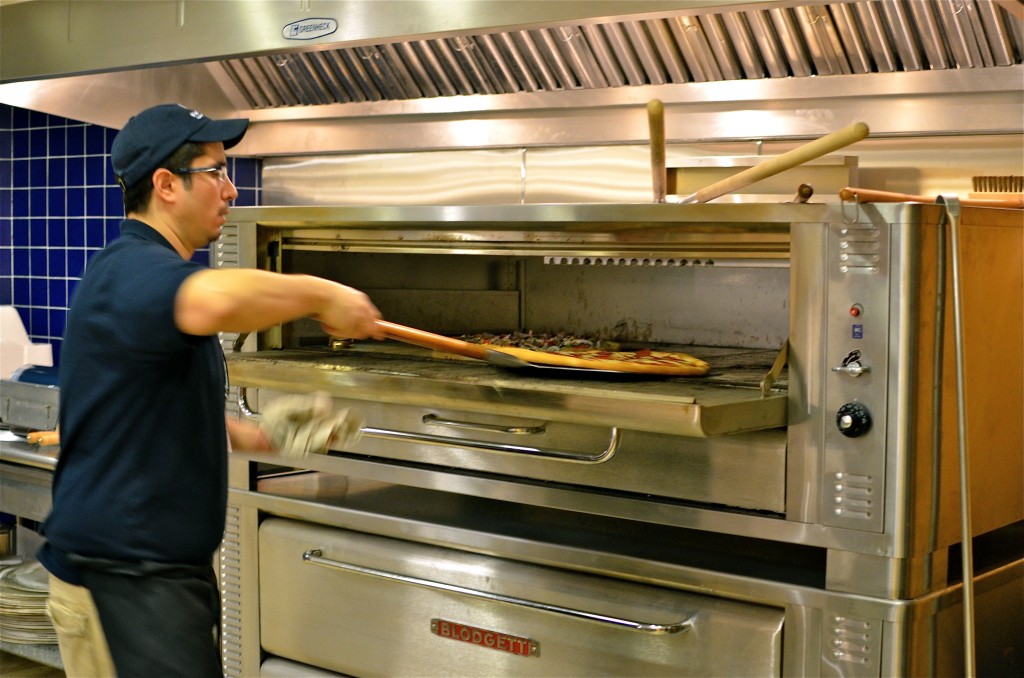 It wasn’t all easy, though. With better quality pizza came some major kitchen transformations. Lakefront previously used an impingement oven with a conveyer belt to cook their pizza. In this type of oven, ambient, indirect heat comes from above and below. Because these ovens were not creating the overall product – especially the crust – that Urban Slice needed, they were scrapped for new conventional ovens that use direct heat.

“This gives us the crispy crust and overall New York style slice that we’re aiming for,” said Jim. 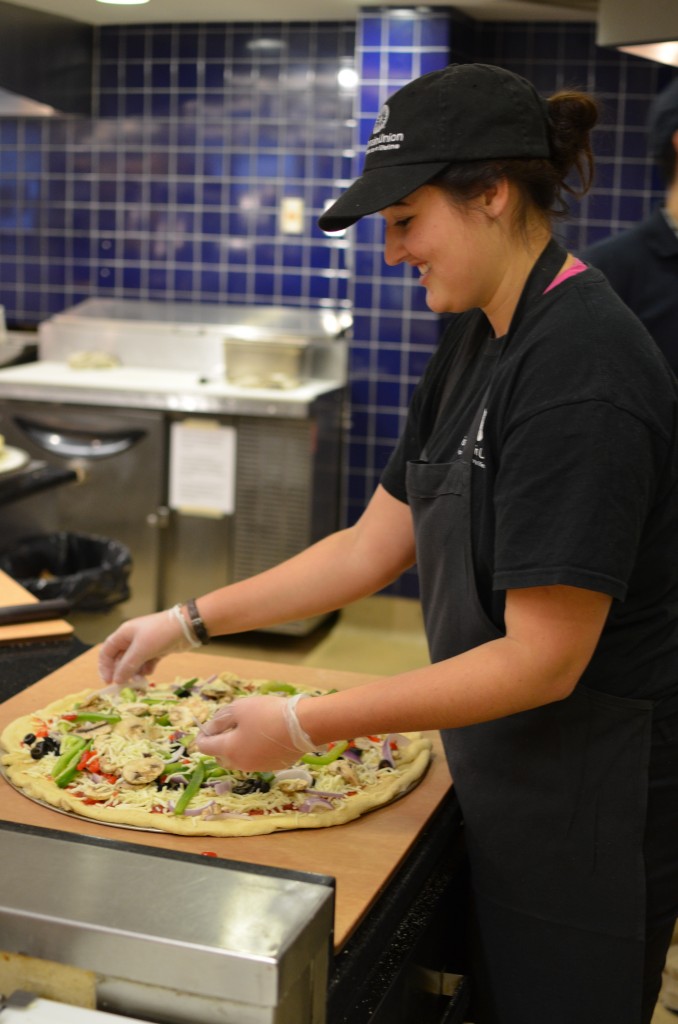 The cooking style is not the only thing that has changed. The dough also experienced a major makeover to accommodate Urban Slice’s larger New York style pies. Lakefront previously used pre-made sheeted dough, meaning that it was purchased already flattened and ready for toppings. Though that was easier and faster to manage, some quality was lost. Now with Urban Slice, the kitchen staff makes the dough from scratch, forming it into balls and testing it to make sure it reaches the 21″ inch diameter they aim for with every pie. 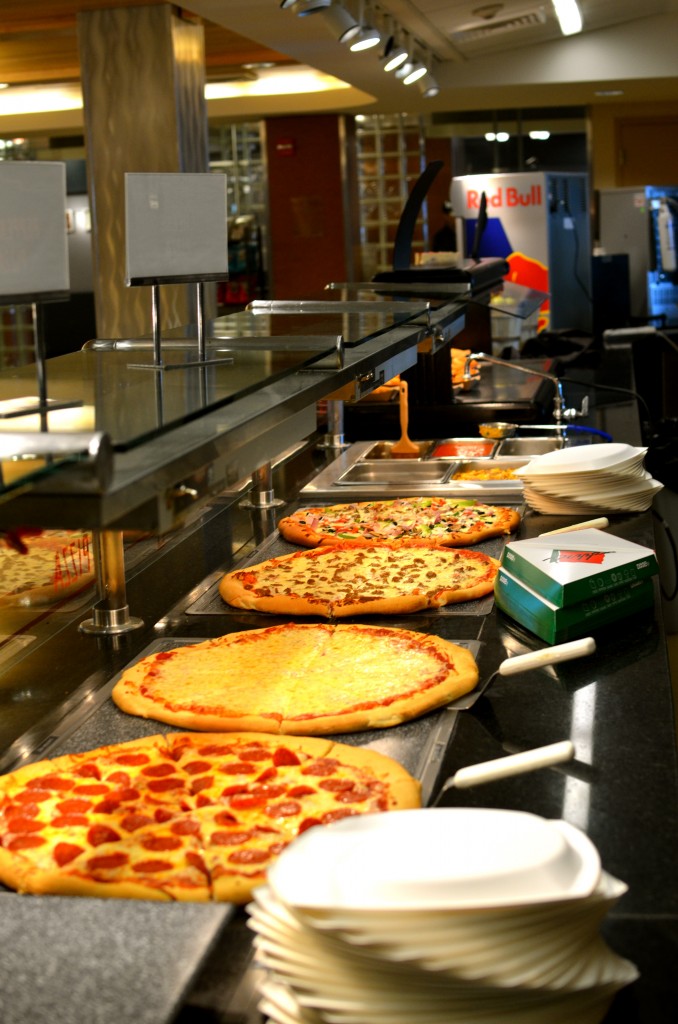 As for making a smooth transition from one style of pizza to the next, employees were trained in these new methods. Dough press, rolling techniques, topping rations, and how to slide the pizza in and out of the oven are all new skills that these Union-employees-turned-pizza-chefs have had to master.

“There is a lot more employee involvement,” said Assistant Restaurant Manager of the Wisconsin Union, Lance Baldus.  “Pizzas need to be rotated and checked on.”

With all of these new techniques and innovations, Urban Slice makes it possible to grab a big New York slice to eat while looking out on beautiful Lake Mendota. Now that’s the best of both worlds!