It’s a bird! It’s a plane! Close, it’s a helicopter. Terrace goers may have been intrigued to see a helicopter sweeping near the Union Terrace a few weeks back. Pilot and passenger were not just sightseers, however, but Union student employees who wanted a new perspective on a place they love.

Atterbury and Scheeter in flight

Luke Atterbury has been a student building manager at the Union for four semesters and took up flying as a hobby. He got his airplane flying license in 2008 and earned his helicopter license in March of this year. After seeing the abundance of pictures taken from boats or from the shores of Lake Mendota, Luke wanted to get a bird’s eye view of the beloved space and thought pictures from above the water seemed like a great way to show off the Terrace.

Putting safety first, Luke asked fellow student building manager, Luke Scheeter, to join him in the helicopter to take the photos. Having never been in a helicopter, Scheeter jumped at the opportunity. Here are just a few of the photos he took: 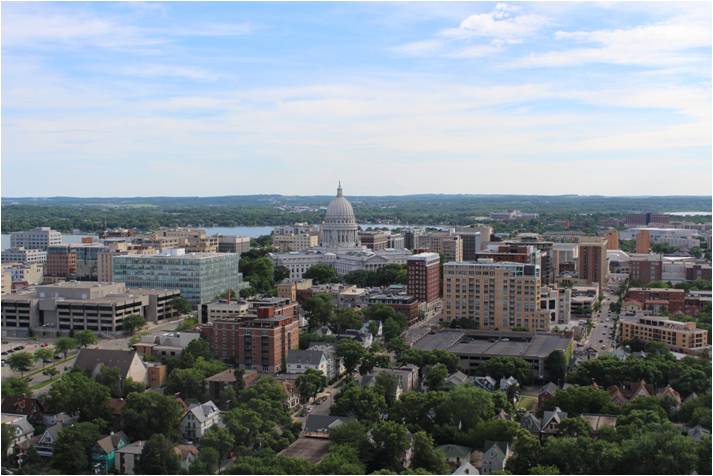 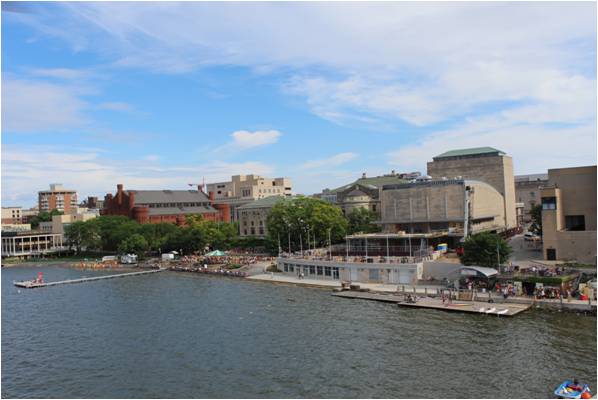 View of the lakefront 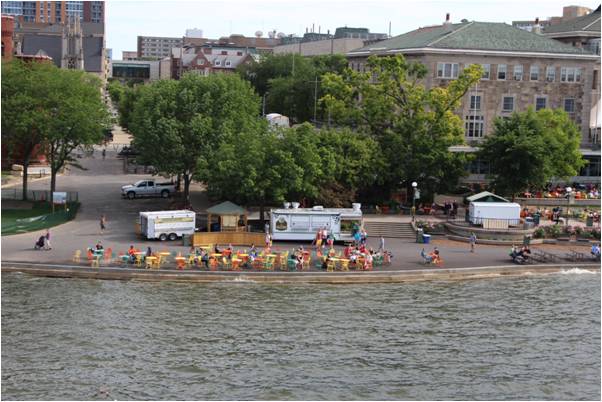 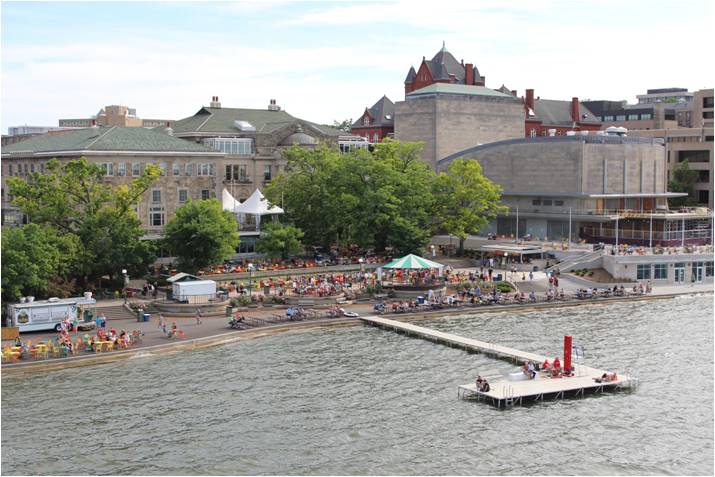 The swimming pier at the Terrace

Seeing these sites first-hand was a cool experience for Atterbury because in the air everything appears so much smaller and life feels less hurried. He said, “It was such a fun trip and seeing everyone wave to us from the Terrace was super neat.  I love flying and the Union — and being able to combine the two of them was awesome.” 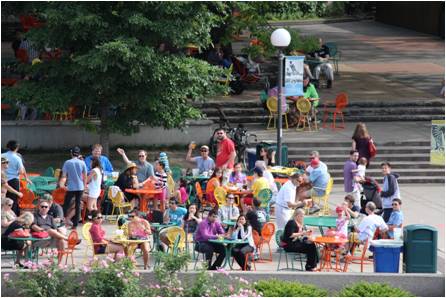 Patrons on the Terrace waving to the helicopter over head

Scheeter’s first helicopter trip was a great one. He was able to capture beautiful shots of the Union, campus, and downtown Madison. According to Scheeter, “Seeing our city from 1000 feet up brings you to a whole new level of appreciation for Madison. We’re all so lucky to be able to call this place home.” 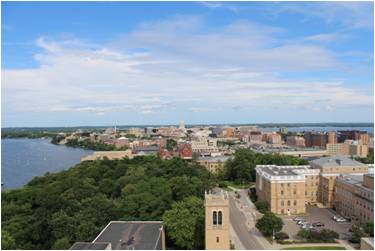 The view of UW-Madison campus from the west end

Check out additional photos from the helicopter here:

Bethany Rahja is a junior at UW-Madison studying Marketing and Management in the School of Business. She is the Member Relations Intern at the Memorial Union.