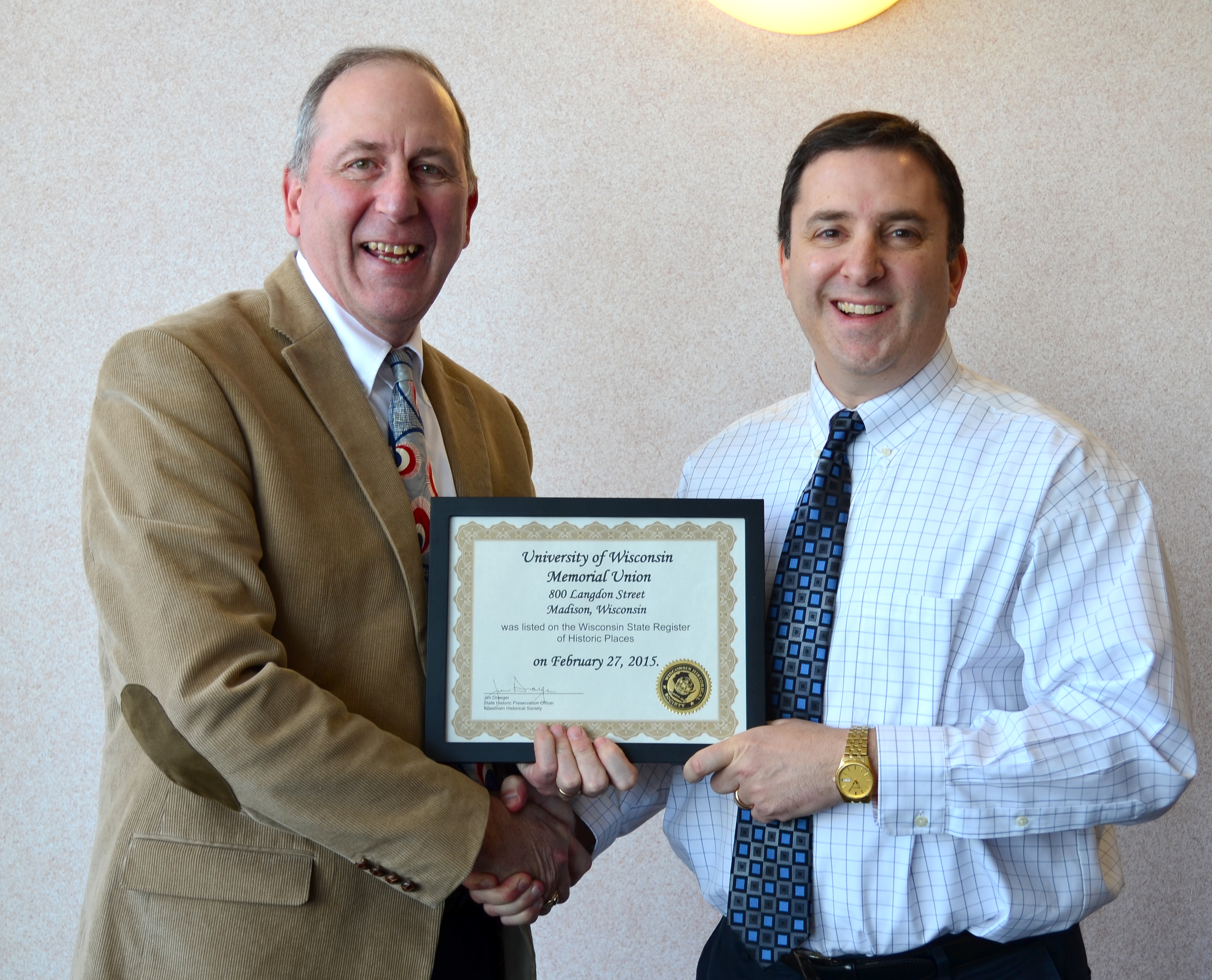 “It’s calling out Memorial Union as a specific historical space,” said Hank Walter, Union Associate Director.  “It’s an honor to receive this recognition and it’s a perfect example of the impact and role of the Union since the time of Porter Butts.”

There are different criteria to meet to be considered for the register, one of which is through the significance of a person, in our case, Porter Butts.

“We aimed to meet one of the criteria through Porter Butts and his perspective,” said Union Director Mark Guthier.  “It’s a reaffirmation of his role in college unions across the country and of the preservation of such a historic space such as the Memorial Union building.”

Porter Butts, considered to be the grandfather of the college Union movement, was director of the Wisconsin Union from 1926 to 1968. He placed strong focus on bringing students together, taking to heart the definition of the word “union,” and aiming to make Memorial Union the living room of campus, as a place for students to learn and connect outside the classroom.

“Many overlook the role the Union has played in student life,” said Jack Comeau, current WUD Society and Politics director and soon-to-be WUD president. “This addition to the state register will refocus that role.”

A consultant was brought on board to conduct research and assist with the nomination form, which is based on the impact of the building and its role in the college union movement. The nomination was first submitted to the State Historical Society to be reviewed this past May. We hope for the Union to receive national status sometime next year.

“Memorial Union is a great place to bring people together and a great outlet for students,” Jack said. “By preserving this space, we are maintaining it for Badgers to come.”