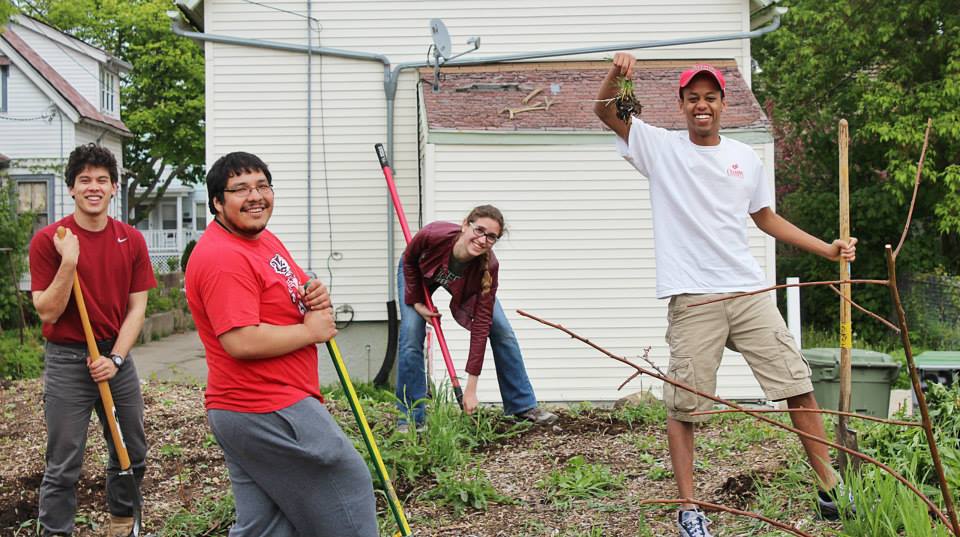 Students take a break from service during their trip this past May. Photo courtesy of Gilly McBride.

A five-day road trip with 34 others whom you’ve never met before may seem like a recipe for disaster, but, this group of student leaders found it impactful.

Wisconsin Union Directorate (WUD) Alternative Breaks Committee presents the Wisconsin Experience Bus Trip (WEBT). This annual, week-long trip brings UW-Madison student leaders together from a range of different campus offices with the goal to enact the Wisconsin Idea by traveling, learning and doing community service throughout the state.

This year, the team of students volunteered at Faville Grove Wildlife Sanctuary, learned from elders at Lac du Flambeau Native American reservation and closed out their trip talking with the entrepreneurial owner of Habelman Bros., a cranberry marsh in Tomah, WI.

“One of the best parts was the participant selection, it was great to see variety and enthusiasm,” Ann Elise said. “As applications kept coming in, I was thinking ‘Wow, there are so many talented students on campus!'”

Ann Elise described her biggest takeaway as the interconnectedness of every aspect of the state. Every portion of the trip, from a tour of Lambeau Field to a discussion with a community liaison at the Barron Emergency Room, served a different purpose and population.

“This made learning real to me in a way that reading a book can’t,” Ann Elise said. “Now, when I’m sitting in Sociology, I’ll think of the Hmong American Peace Academy as an example of immigration and cultural expression in action; while my Agricultural Policy class will be more about the cranberry farm.”

Brian Edwards, the incoming WUD Music Director, said he didn’t have many expectations going into the tour but that students made it their trip as they went along. Brian’s favorite part was going to the Lac du Flambeau Native American reservation, a part of Wisconsin culture that is very much alive. He was particularly moved by the Boy’s School museum, a boarding school that was turned into a cultural center.

“It was really important for me to learn these stories firsthand,” Brian explained. “It was really beautiful to see how they have taken something that resembles pain and turned it into something beautiful.”

“I’ve gained a better understanding for people around me,” Brian said. “I’ve always been an idea-driven person, but now I am beginning to put my ideas in action.”

Brian has applied his experience from WEBT upon returning back to campus, by participating in volunteer work through the Morgridge Center.

“I think it’s really important that instead of just saying ‘think globally act globally,’ that we actually do it,” Brian said. “It’s inspirational to see the progress that I’m helping to create and be able to look up and see all the people enjoying themselves as it’s happening.”

Through his position with WUD Music, Brian has kept in contact with Lac du Flambeau to put on a First Nations of Wisconsin event. He has also started to discuss cultural appropriation with the First Wave hip-hop group on campus and looks forward to organizing more.

This trip impacted both a variety of communities as well as all the students who attended, as the 2015 WEBT traveled to over 10 cities during their five days.

With so much diversity at home in Madison, most students never get the chance to explore the variety of cultures in Wisconsin. For Brian, this experience allowed him to understand the state and the relationship it has with UW-Madison in a hands-on way.

“I’ve lived in Wisconsin for three years already and in five days I felt that I’ve learned more about the different perspectives that make the state work,” Brian said.

Gabrielle DiBenedetto is a UW-Madison junior double majoring in Journalism and Economics. She can be seen studying or chatting with friends in the Sun Garden at Union South with a bowl of Babcock ice cream.