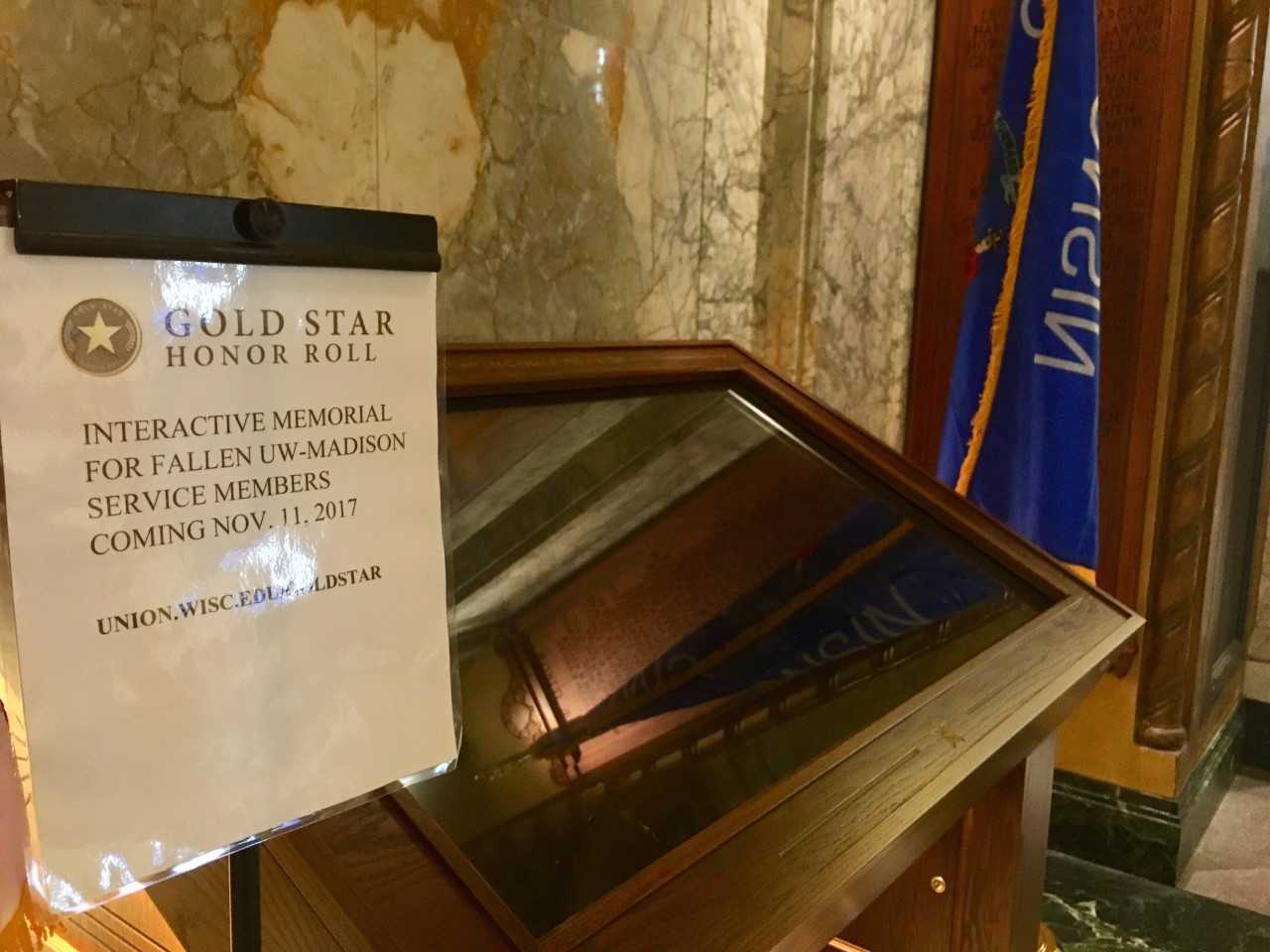 With less than a month until Veterans Day, the Wisconsin Union is looking ahead to commemorate our fallen soldiers. Together with our partner, the UW-Madison classes of 1963 and 1967, we will unveil a new digital kiosk telling soldiers stories on Nov. 11 on the second floor of Memorial Union in the main hall.

This new memorial will include soldiers’ names ranging from the Civil War to modern day conflicts. Memorial Union was named as a memorial to UW-Madison service members who served in the Civil War, the Spanish-American War and World War I.

For many years, the names of those who died in active duty were inscribed on wooden plaques on the walls of the Memorial Union’s Memorial Hall. This is the Gold Star Honor Roll. We’re proud to continue to honor the alumni and students who made the ultimate sacrifice for our country. Check out a preview of the interactive, electronic kiosk below.

Ellie Herman is a senior at UW-Madison studying Journalism and Mass Communication and French. If she's not petting every dog at the Terrace, you can probably find her drinking massive amounts of coffee at Peet's in Memorial Union.