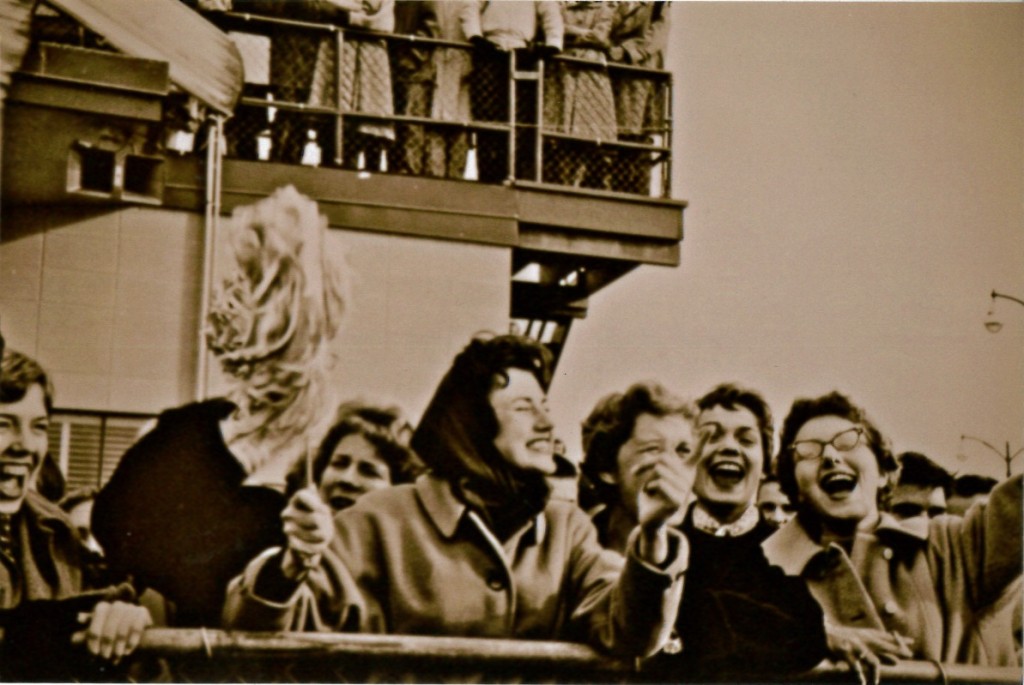 Miriam Fields, to whom the Theater seat will be dedicated to, pictured far right.
Photo Courtesy of Simone Schweber

Wisconsin Union Theater’s Name A Seat campaign has brought forth personal stories that have taken place in the historic Theater and Union throughout the years. Supporters who give to the campaign are able to engrave a plaque on a seat in the newly renovated Union Theater. Some of the dedicators share a personal connection with the space, including UW-Madison professor of education and Jewish studies Simone Schweber, who devoted a Theater seat to her “crazy” and loving mother.

“My mother, to whom the seat is dedicated, was an alumna of UW-Madison. She was born and raised in the small town of Watertown, Wisconsin, and was part of one of the only Jewish families back when there was a lot of antisemitism. I think that part of why she loved the UW so much was that it was maybe one of the first places where she found people like her—people who liked to act and sing and play instruments and perform, people who were a little out of place in the small towns they grew up in but who found a home on the stage.

She and a group of first cousins all came to UW around the same time. She shared a room with her first cousin, Lee Hiller, and the two of them were in a string quartet that performed at the Union. She was also a gifted piano player and she played for lots of shows. Lee was certainly the better string player, according to Jim Crow, who was my mother’s Master’s adviser at UW and a lovely geneticist. She herself was quite a performer in real life: a big personality, which might be why theater suited her so well.

I moved to Wisconsin to accept a job as a professor here. That same year, my brother did the same thing. It was purely a fluke really, the two of us getting professorships at the same university the same year. People often think we’re married because we have the same last name.

It was also the year my mother died, which is too bad because it happened before she was able to visit. I had only lived here for about six months, which I know because my daughter was just six months old when she died. Neither of my kids got to meet her. But I like to think that they get to meet her vicariously through the things she loved. So sometimes we drive out to Watertown to have ice cream at Mullen’s, and we visited her adviser, the lovely Jim Crow, in his final years. And we’ve been to great shows at Memorial Union. I think my son was only two years old when he attended his first show there, and when the lights went out, he got so scared we had to leave.

I wanted to donate a seat in my mother’s memory because I loved the idea of her name hovering over that far left section of the Theater. I love the idea that she’s in the audience somewhere, watching the play of our lives. But mostly, I was hoping that the saying my sister and I chose to put on the seat would bring a smile to people who sat there. My mother would have loved that.”