Local Talent and Child Star will Shine at Jazz Fest 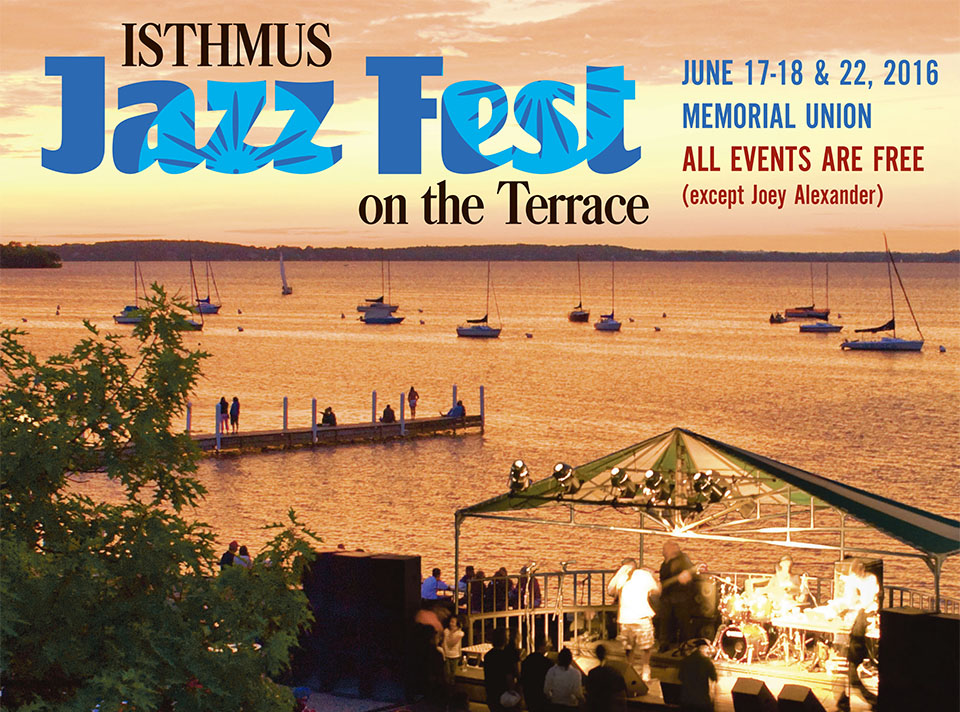 The Isthmus Jazz Festival will include performances from local and national jazz artists. Courtesy of the Wisconsin Union.

There are certain moments in life when everything feels like it’s fallen into place. Sitting at the Memorial Union Terrace on a warm summer night, watching the sun set and listening to live music, it’s easy to feel like you are where you should be in life.The feeling will soon return with the reopening of the renovated Terrace, which sets the stage for the upcoming 2016 Isthmus Jazz Festival June 17-18 & 22.

Wisconsin Union Theater Assistant Jazz Director and UW-Madison senior Joshua Agterberg booked the acts for the festival. He believes it will be a valuable opportunity for community members to see up-and-coming local artists, as well as a nationally renowned child prodigy.

“This is one of the few times all year that there is weekend-long music on the Terrace,” Agterberg said. “Additionally, this is a great opportunity to see many local musicians, as well as college groups.”

“As you might know, there is a new sound system and stage in there, and this will be the first Isthmus Jazz Fest on the newly renovated Terrace,” Agterberg said.

In addition to the Terrace, performances will take place in the Fredric March Play Circle and Shannon Hall. The lineup will showcase lots of Madison talent, including the the city’s Jazz Orchestra and UW-Madison’s own Jazz Orchestra.

The festival will kick off Friday with exciting acts that include Ladies Must Swing, a 19-piece, all-female jazz band; the Chicago Yestet, a 13-piece band playing original groove music; and the Caravan Gypsy Swing Ensemble, an instrumental acoustic jazz group. There will even be a taste of Latin jazz with an appearance from the Nick Moran quartet.

Saturday’s talent includes college ensembles from around the state, along with artists that flaunt diverse styles from around the world. Gerri DiMaggio will perform a mix of Brazilian and jazz sounds and Charanga Agoza, a band that plays Afro-Cuban dance music, will be sure to get crowd members on their feet.

Last but not least, the festival will host a child prodigy Wednesday. Twelve-year-old Indonesian jazz pianist Joey Alexander will perform as part of the Joey Alexander Trio.

Alexander released his first album last year, and since then has been nominated for two Grammy awards and recently featured on 60 Minutes.

“He’s one of the biggest acts we’ve had all year, and his music is awesome as well,” Agterberg noted. “As a piano player, he performs with some top names, and does a great job performing every time.”

All festival performances except the Joey Alexander Trio are free and open to the public. Tickets to Alexander’s performance can be purchased online or at the Union box office.

Ellie Borstad is a junior at UW-Madison double majoring in Journalism and Spanish. You can often find her running on Lakeshore Path while the sun sets or chowing down on a brat at the Terrace.