Home » Mini Courses » In the Spotlight: the Union’s very own yoga master

In the Spotlight: the Union’s very own yoga master

It was only a few minutes into our coffee meeting to talk about Lisa Lawrence’s yoga practice when a young woman sitting nearby took notice. She had only heard a few of Lisa’s opinions before feeling the need to come and meet the eclectic and vivacious woman behind the words. 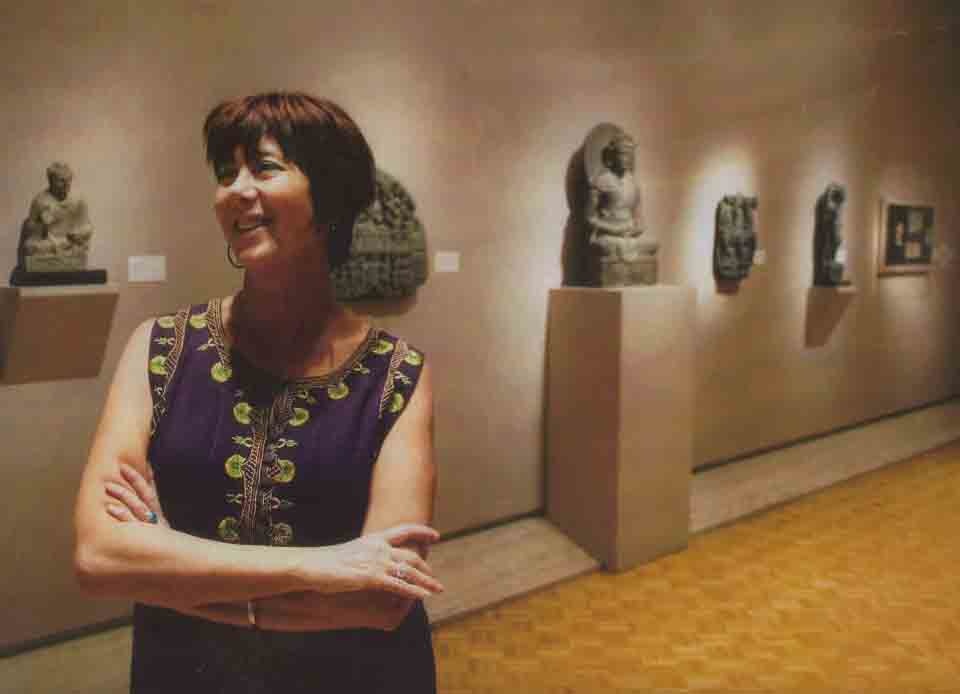 Ayeshah Emon, a PhD student studying anthropology at UW Madison, politely interrupted and said she completely empathized with Lisa’s yoga philosophy. Lisa welcomed her with a warm embrace, invited her to sit and between sips of iced coffee, discussed her views on the Union, yoga and how to live a tranquil life.

Learning the yoga discipline herself was much different for Lisa than for her protégés. After growing up in Louisiana and studying at Tulane University, Lisa moved to New York City in 1974. There she met yoga instructor Yogi Bhajan, who trained her in the ancient forms and traditions of yoga.

“This training happened at a time when there were no yoga studios, yoga mats, yoga apparel or props of any kind.” said Lisa. “It was based on the guru disciple tradition and training. I studied years and years before I taught.”

After moving to Madison, it was a suggestion from a friend and yoga student that started Lisa’s relationship with the Wisconsin Union. Lisa had been teaching a yoga class at Meriter Hospital when her student, a professor of Fine Arts, asked her to teach on campus.

“I walked into Mini Course director Jay Ekleberry’s office 12 years ago. I said ‘Hi I know how to teach yoga, I’ve been teaching for years and was trained in New York,’ and he said ok,” Lisa explained. “It was that easy.”

Lisa began teaching one yoga class a week in the fall of 1999. It became so popular that she started teaching two classes, which still quickly filled up. Even after adding more classes, open spots still disappeared, so Lisa began teaching yoga teacher training courses. To date, she has trained and certified 15 yoga instructors. But after teaching for 30 years in Madison and 12 years at the Union, Lisa’s unconventional yoga has developed quite a popular following and yielded strong personal bonds. As an example, most of her “Yoga at Noon” students have been attending the Mini Course for years. Robbie Dreifuerst who has been attending the course for six years said the noontime relaxation and meditation is unparalleled to any other exercise. “I can’t think of a better thing to do for myself,” said Robbie. “Once I tried it, I was hooked!”

Even after all of her teaching experiences, Lisa finds her personal relationships with her students to be the greatest reward. “I’ve gotten so many benefits and rewards from teaching yoga. Who else after an hour gets twenty hugs at work?” said Lisa with a large smile and a laugh. “I love my students, and I’m so blessed!”

And the students love Lisa. On her birthdays, she often recieves countless thoughtful gifts, including cookies, plants, theater tickets and much more from past and present students. In the beginning of each class, Lisa often shares personal stories, movie recommendations and helpful advice. After each class, Lisa is sure to give every student a hug, no matter if they are old friends or a first-time visitor. It is easy to see how her talkative and joyful nature easily connects her with the people around her.

Her relationships and teaching have continued to blossom throughout her entire tenure at Memorial Union and have even helped expand the Mini Course yoga program. Several of the yoga students Lisa trained and certified now teach at the Union. In addition, the yoga program consistently remains one of the most popular programs Mini Courses offers.

And the program will grow more this fall as Lisa continues some of her more unusual yoga classes and introduces new ones. Lisa will be continuing “Yoga in the Yard,” a Sunday evening course where she and students practice yoga in a graveyard. Lisa said she is also excited to begin her course “Yoga to the Oldies,” where she will be practicing yoga set to older music. “I’ll be the Richard Simmons of Memorial Union!” she said with a laugh.

In addition, Lisa will begin teaching her course “Swami Mommies,” for mothers of children of all ages. The course will help deal with the stresses involved with parenting. Lisa said she is also excited to teach at the new Union South where she will begin offering classes this fall.

Lisa’s yoga philosophy and practice have helped turn many yoga novices into experienced practitioners. But she has advice for those having trouble learning yoga. “Don’t stop trying. Find the yoga that suits you,” insisted Lisa. “Be patient and open to find what’s right for you. There is a type of yoga that is right for everyone.”

It appears Lisa’s popularity won’t be dying down anytime soon. From playing her gong to offering her must-see movie recommendations, it is easy to see that Lisa certainly offers more than your average yoga class.