With the Union Theater all packed up and construction underway for the Memorial Union Reinvestment, staff has uncovered more hidden treasures. The crews have delved deep into the Union’s past, finding historical artifacts to create a better understanding of the Union’s special place in history.

This week, we revisit the World War II era with the discovery of certificates that recognize past Union Theater Technical Director Frederick A. Buerki’s efforts to sell war bonds on behalf of the United States Motion Picture Industry’s War Committee. War loan drives were big advertising pushes by the US government in collaboration with other industries to promote the sale of war bonds to gain revenue for US involvement in World War II.

As an influential member of the Madison theater community, Buerki was the technical Theater director from 1939 to 1972. He was a central figure in the committee that founded the Madison Theatre Guild in 1946 which is now Madison’s oldest community theater group. He also published a book 1972 titled, Stagecraft for Nonprofessionals, which details how to construct stage machinery and scenery for small theaters. Buerki is remembered today as an influential professor, director and supporter of the Union Theater. 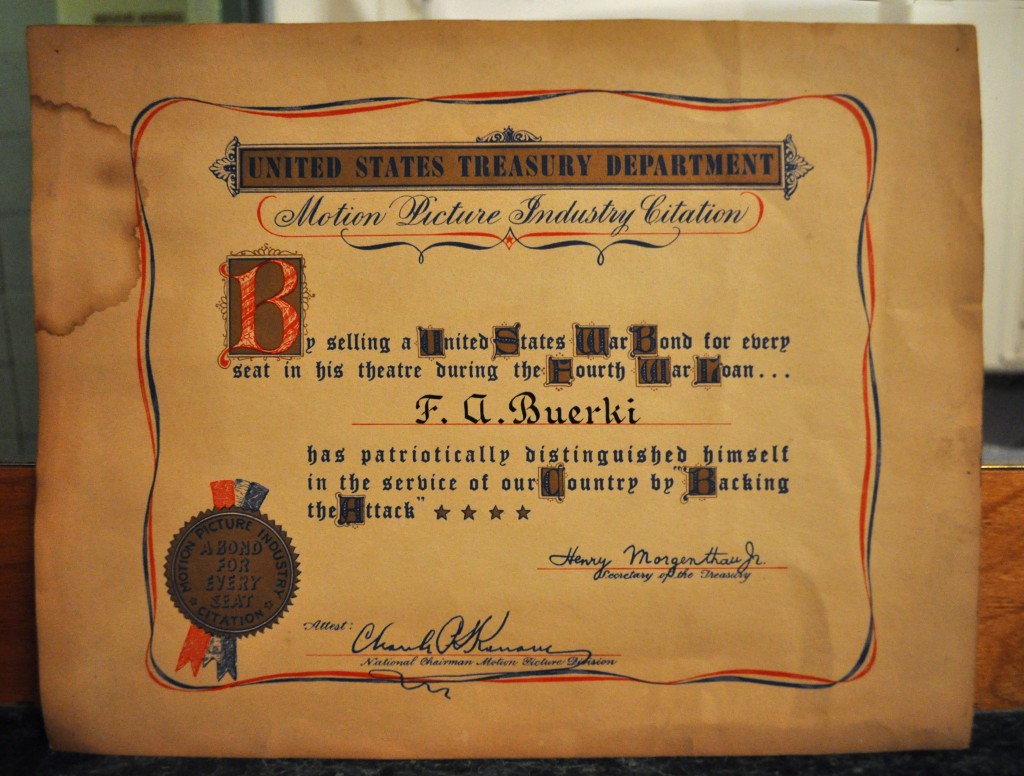 “United States Treasury Department  Motion Picture Industry Citation: By selling a United States War Bond for every seat in his theatre during the Four War Loan…F.A. Buerki has patriotically distinguished himself in the service of our Country by ‘Backing the Attack.'” 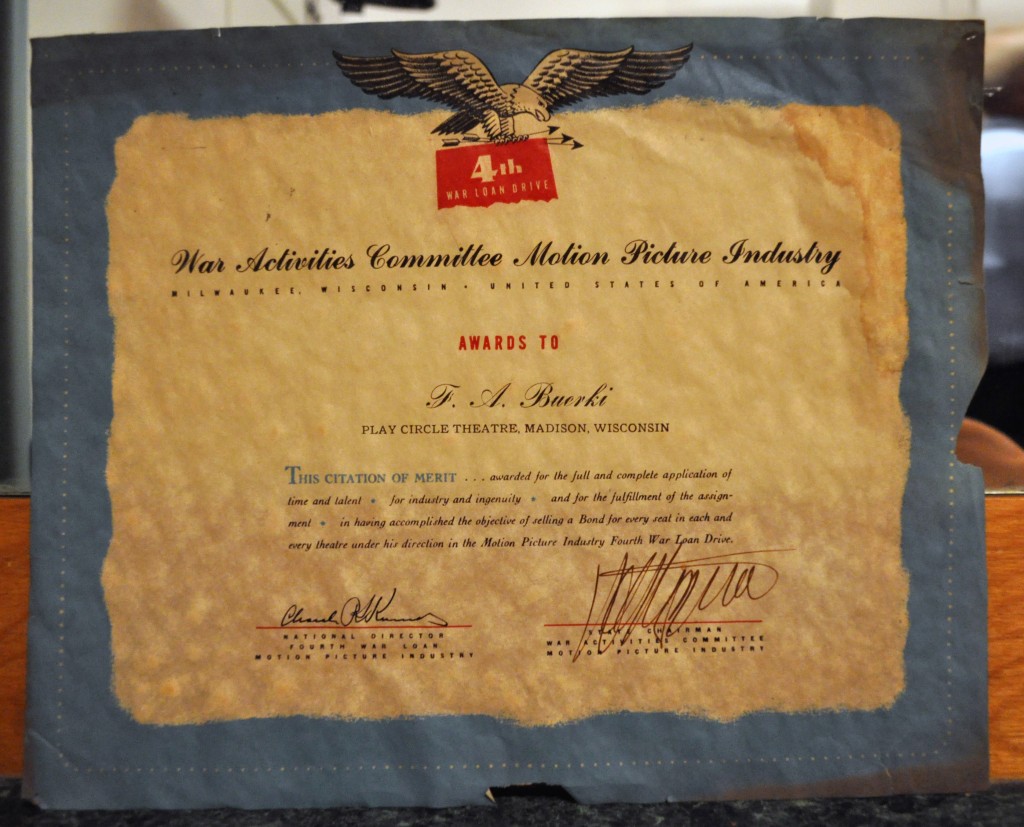 “The War Activities Committee Motion Picture Industry awards to F.A. Buerki this citation of merit…awarded for the full and complete application of time and talent, for industry and ingenuity, and for the fulfillment of the assignment in having accomplished the objective of selling a Bond for every seat in each and every theatre under his direction in the Motion Picture Industry Fourth War Loan Drive.”