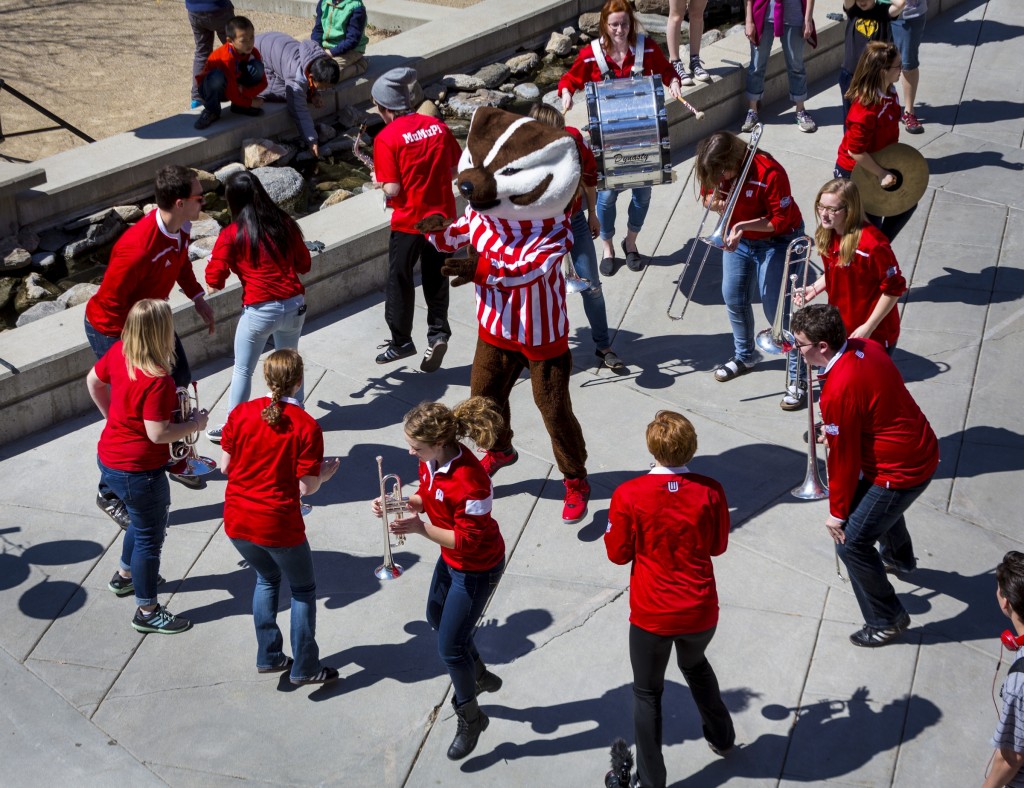 Like many of us, Union South found itself a bit busier than usual on its birthday. On April 15, people flocked to the building throughout the day to help celebrate the exciting 5 year mark of the union’s revived existence on the UW-Madison campus. Attendees included students, faculty, staff and community members, as well as the building’s architect and the students and committees who had worked on the original plans for the building.

In celebration of the dining services at Union South, all were invited to take part in nickel promotions at set times throughout the day and enjoy 5 cent pizza slices, popcorn servings and a scoop of Babcock ice cream. Wisconsin Union Director Mark Guthier and Wisconsin Union Directorate President Jack Comeau addressed attendees at the party on the plaza and thanked everyone for doing their part in making Union South a welcoming home for the Union community. A group of Wisconsin Band members entertained the crowd as they enjoyed green and white cupcakes from the cupcake mosaic.

With warm hearts and fond memories, we look forward to the next five years of Union South as the welcoming and lively heart and soul of the UW campus.

Lilly is a UW-Madison senior studying strategic communications and reporting in the Journalism school and is completing a certificate in digital studies. You will often find her studying or spending time with friends in the various nooks and crannies of Memorial Union with a heaping bowl of mocha macchiato Babcock ice cream.