Family and friends, brats and beer and a whole lot of Badger spirit; for forty years, the Union has hosted the biggest tailgate party on campus! As Badger Bash celebrates its 40th anniversary, an entire season of new and exciting events will make this football season one to remember. 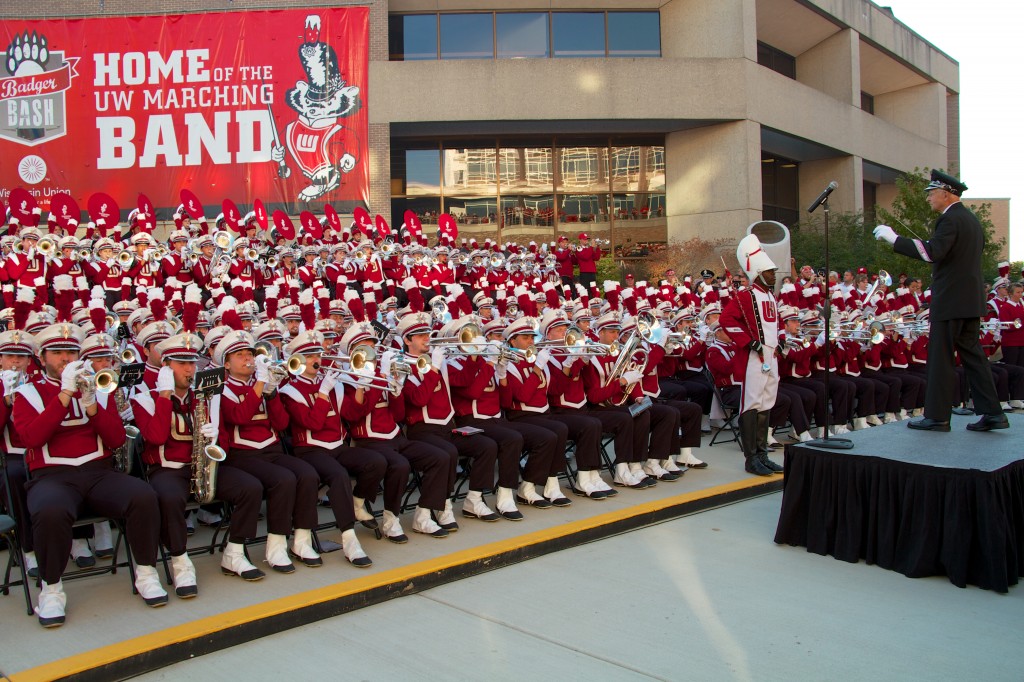 But before we revel in the special events that will accompany each Badger Bash this season, let us take a few steps back to see how this grand display of Wisconsin pride had its humble beginnings.

In fact, Badger Bash was not even originally meant to be a “bash.” As legendary UW Marching Band Director Mike Leckrone describes, he just wanted a place for the band to warm up. “I’d been searching for a place to have a pre-game warmup as other bands have localities close to the stadium where they could do this,” said Mike. “We used to use a lawn, and did a sit-down warmup in the Shell too but we couldn’t find a satisfactory place.”

Just three years after Mike became the band director in 1969, his wish was fulfilled with the completion of Union South where the first Badger Bash was held in 1972. The band warmed up as brats were sold and Badger Bash was born – a modest affair compared to today’s party-like atmosphere complete with food, activities and not to mention a huge Badger-crazy crowd. 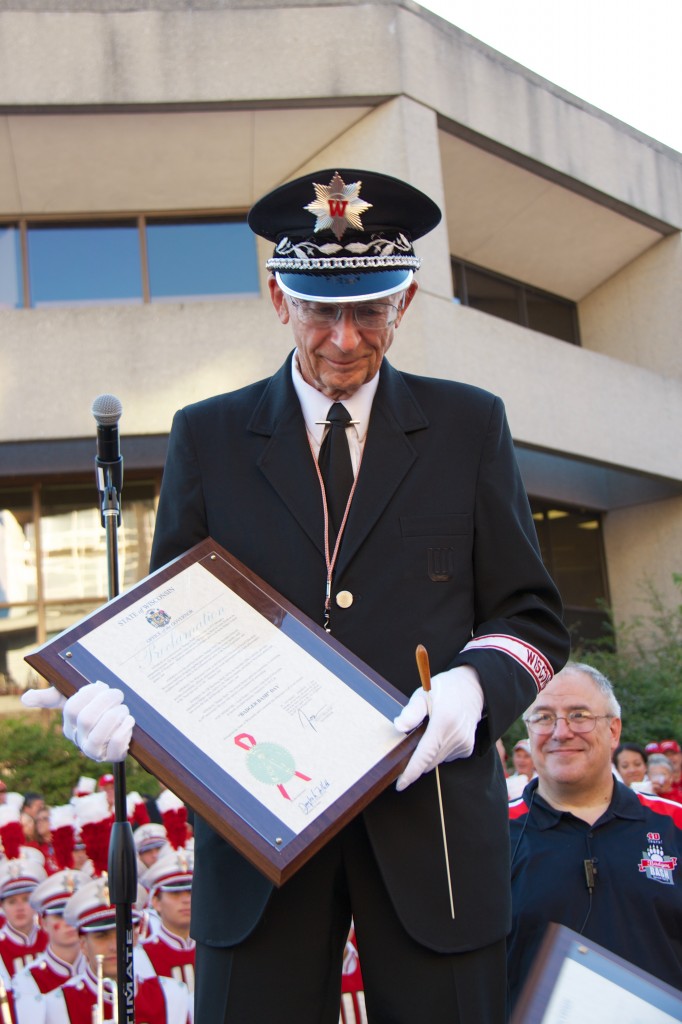 “They were building the old Union South and said they’d love to have the band over. It started out very modest,” said Mike.

The UW Marching Band’s contribution to fostering campus spirit on field and off is being acknowledged this 40th anniversary season with the opening of the UW Marching Band Hall of Fame. This idea was not only spurred by the band’s rich history but this year’s passing of Bill Garvey, a field assistant to the Marching Band for 35 years.

The Hall of Fame will acknowledge those who have made lasting contributions during its vibrant 128 year history. It is located on the wall along the main outdoor stairway to Varsity Deck at Union South and consists of plaques commemorating the UW Marching Band contributions to the University and a plaque of Bucky Badger.  Plaques commemorating the first two inductees, former directors of the UW Marching Band, will be added shortly.

The Hall of Fame is not the only addition to the Marching Band and Badger Bash’s honorable repertoire. The Governor decreed September 15 official Badger Bash Day in the state of Wisconsin and a plaque was presented to Mike Leckrone. A 40th Anniversary cake was cut by Mike and Corky Sischo, who collaborated in founding this lasting tradition back in 1972.

The 40th Anniversary season is allowing all Badger fans to get a glimpse at its past, but what about the future? With some high profile games, the future is looking bright for Badger Bash (the Badger Football team is not looking too shabby either). With all the hype surrounding this season, Mike cannot even pick what game he’s looking forward to most. 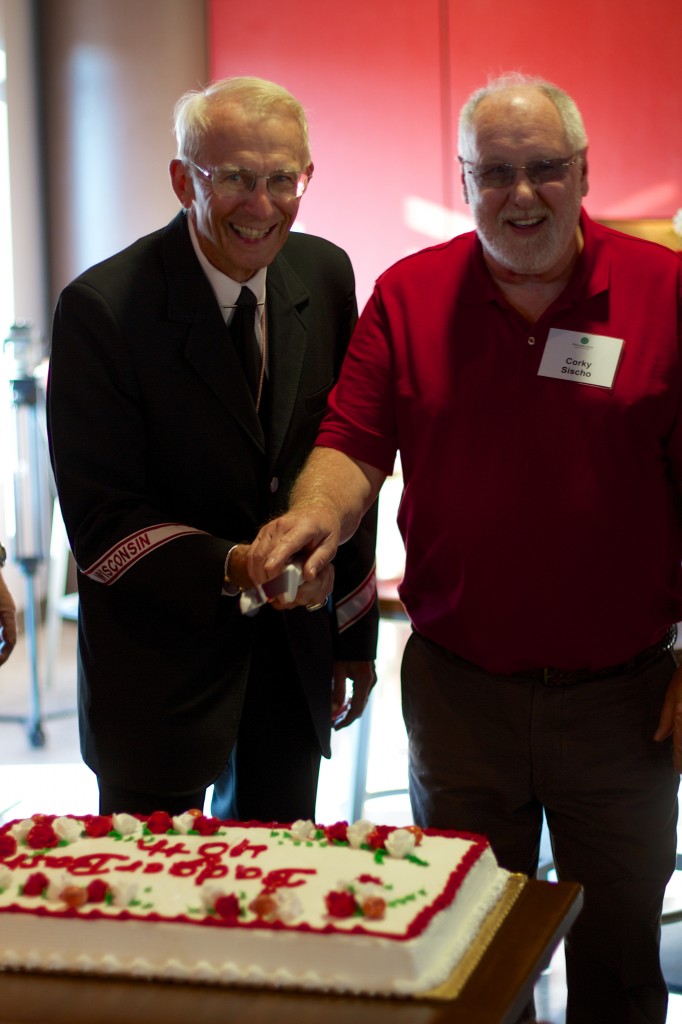 “That’s like asking which children you love most,” he said. “It’s never the same old, same old. I love it best when the band plays well.”

As far as the Badger Bash tradition, it does not look like it will be going away anytime soon, as Badger fans are always up for a good time.

“I enjoy the interaction with the crowd, people getting up and dancing and the intimacy of it – we’re surrounded,” said Mike.

To see the schedule of events for Badger Bash, simply scroll down or visit Badger Bash’s official website.

Remember, you can host your own individual tailgate in one of the many spaces in Union South. For more details, take a look at the Badger Bash VIP form!

*Schedule of activities subject to change