Terrace After Dark Takes Over After-Hours 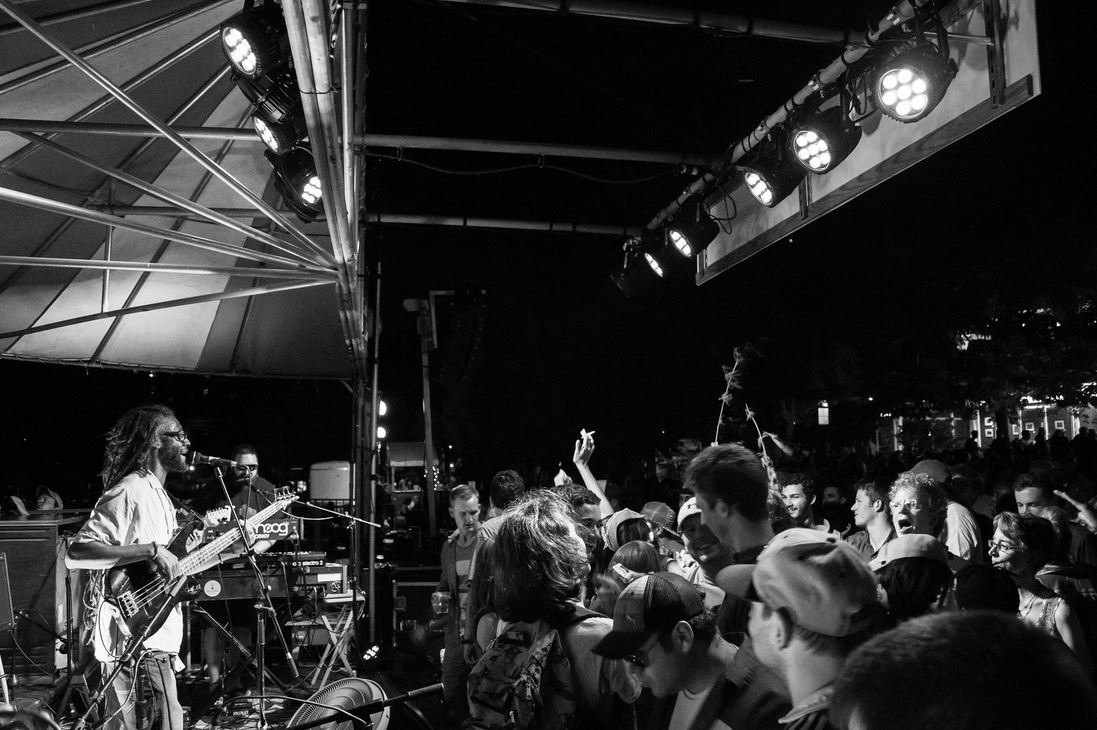 Watching the sunset at the Terrace is one of the best ways to unwind and take in the beauty of Lake Mendota, but those who stick around at night get to feast their eyes and ears on something truly fantastic. Wisconsin Union Directorate (WUD) Music and Film have collaborated to present Terrace After Dark, a summer-long program for kicking back and catching great movies and music at the Terrace.

It’s hard to compare any ordinary theater or music venue to the UW Credit Union Summer stage with its scenic backdrop of a twilight-painted Lake Mendota. WUD Film and Music have taken this iconic summer spot and curated a season’s worth of shows for the entire Madison community.

“The Terrace has an aura that already attracts people and combining that with how film can make you feel emotionally makes for an amazing experience,” WUD Film Summer Coordinator Maia Erickson said.

“It’s already fun to watch a movie, but add in being outside at the Terrace and suddenly the whole mood changes. People are much more reactive and social.”

Maia and WUD Film members decided on this year’s theme for films as transportation. From cult classics like “Airplane!” to modern film-buff features like “Snowpiercer”, Terrace After Dark is hosting a huge range of films about getting from point A to point B.

WUD Music has also been hard at work bringing a plethora of genres together to perform at Terrace After Dark. Bluegrass, Jazz and Electronic Indie Pop are just a few of the sounds people are going to hear on the Terrace this summer. Indie sensation Saint Motel dropped by June 5 for undoubtedly one of the biggest shows of the season. Check out some clips of the show accompanied by an interview with WUD Music Summer Coordinator Laura Oberwetter below:

What movie or musician would you want to see at the Union? Let us know in the comments below! Curious as to what else is playing at the Terrace this Summer? The full Terrace After Dark schedule for 2015 can be found here.